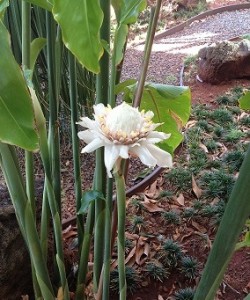 “All I have seen teaches me to trust the Creator for all I have not seen.”  Ralph Waldo Emerson

Esther was put to the ultimate test in Trusting God.  The benefit of her doing so enabled her, Mordecai, and all the Jews to live rather than be put to death!

The book of Esther is a remarkable book and I encourage you to read it.  You’ll glean wonderful insights from it! It begins sounding much like a fairy tale, but you soon discover the powerful hand of God’s divine intervention and providence in the lives of his people.  He’s the same God today!

The next time you find yourself in a bigger than life predicament that looks like it’s going to destroy you and yours, remember this powerful true story and encourage yourself!  You don’t have to be a somebody to make a difference! Don’t worry and fret!  Do TRUST GOD!  God is at work in your life even when it doesn’t look like it!  “Even when we are not aware of His presence, God is still with us, orchestrating a story and an ending that is beyond anything we can imagine.”

Having been raised by her uncle Mordecai, Esther lived a life of TRUST. When you have a right relationship with someone, you learn totrust them.  It’s the same with the Lord.  You learn to Trust God with the big and little details of your life when you walk with Him.

Esther found herself in a challenging situation when she had been accepted as the new queen.  Her Uncle Mordecai’s life was in jeopardy due to the jealousy of one of the kings’ men.  When Mordecai asked Esther to go before the king on behalf of the Jews, she said, “If I perish, I perish.”  She also had her maidens fast and pray as well as all the rest of the Jews.  This beautiful woman knew she could be put to death if the King refused her.  Esther was very courageous and full of faith!  She trusted God! King Ahasuerus accepted her and she received his favor. Haman ended up being hung by the gallows he’d built to hang Mordecai. Mordecai was placed in a prominent position next to the King

“Esther was willing to put her worries aside and act in faith, saving her own life as well as the lives of thousands of others.”

Decide today to TRUST GOD!  His love never fails, falls short, or comes to an end!