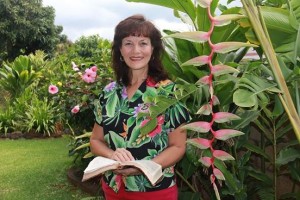 Is it important to read the Bible?  Emphatically, “YES!”  It’s imperative to know what God says to be able to understand and discern what He’s saying to us. The Word is a solid foundation and a filter by which we measure everything we hear. One of the ladies said, “it’s vital to me; In Him I live and move and have my being.” Acts 17:28

Psalm 119:105 “Thy word is a lamp unto my feet and a light unto my path.”  Hisword is like a spiritual flashlight that when read and applied shines clearly the way to go.  We find in Isaiah 40:8 “the word of our God endures forever.” Psalm119:11 “Thy word have I hid in my heart that I might not sin against thee.” Knowing and having the word deep in our hearts can keep us.

Look at Jesus when he was tempted by satan.  Jesus overcame satan’s temptations and misused scriptures by understanding and knowing the scriptures.   God’s word is truth.  Jesus is the truth.  John 14:6 “Jesus said unto him, I am the way the truth and the life: No one cometh to the Father, but by me.” John 8:32 “Ye shall know the truth, and the truth shall make you free.

The Bible is God’s love letter to us!  We can personally know the Creator of the Universe!  Jesus is a friend who sticks closer than a brother.  He is with us always.  He cares about us and desires a closer walk with us than we could even imagine!  When we read the word, He writes it in our hearts and the more we read, the more we understand. 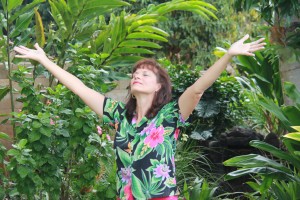 Have you ever been completely surprised?  Sometimes we’re surprised by whatGod says, how he says it, and through whom it is said.  Moses was probably quite surprised when God spoke to him through a burning bush.   He saw his own inadequacies, like a speech impediment and felt inadequate to lead God’s people.   God saw him as a leader who would deliver His people.  I’m glad Moses listened!

When you look at yourself and others, you see the frailness of humanity.  If we’re not careful, we will view God with the same nearsightedness and put limits on Him.  Dare to open your eyes to see yourself not as you are, but as the way God sees, loves, and knows you!   Listen to His voice in every situation in your life and you may be in for a few wonderful surprises!

Mark 4:9 “Whoever has ears to hear, let them hear.”  God is speaking, let’slisten!  Welcome God into every room of your heart.  Revelation 3:20 “Behold, I stand at the door and knock.  If anyone hears my voice and opens the door, I will come in to him and eat with him, and he with me.”

Heb 3:19 NLT “So we see that because of their unbelief they were not able to enter his rest.”

Rom 10:17 NKJV “So then faith comes by hearing, and hearing by the word of God.”

Mk 11:24-24 NLT “Then Jesus said to the disciples, “Have faith in God. 23 I tell you the truth, you can say to this mountain, ‘May you be lifted up and thrown into the sea,’ and it will happen. But you must really believe it will happen and have no doubt in your heart. 24 I tell you, you can pray for anything, and if you believe that you’ve received it, it will be yours.”

Heb 4:1-3a NKJV “Therefore, since a promise remains of entering His rest, let us fear lest any of you seem to have come short of it. 2 For indeed the gospel was preached to us as well as to them; but the word which they heard did not profit them,[a] not being mixed with faith in those who heard it. 3 For we who have believed do enter that rest,”

Many today no longer consider the OT relevant, but without it we cannot properly interpret the NT, because the NT is the fulfillment of the OT. The Bible is really just one book. The same HS wrote all of it. It all reflects the heart and mind of God.

2 Tim 3:16 Living Bible “The whole Bible was given to us by inspiration from God and is useful to teach us what is true and to make us realize what is wrong in our lives; it straightens us out and helps us do what is right.”

Rom 15:4 Message “Even if it was written in Scripture long ago, you can be sure it’s written for us.”

Numbers 14:20-24 NLT “Then the lord said, “I will pardon them as you have requested.21But as surely as I live, and as surely as the earth is filled with the lord’s glory, 22not one of these people will ever enter that land. They have all seen my glorious presence and the miraculous signs I performed both in Egypt and in the wilderness, but again and again they have tested me by refusing to listen to my voice. 23They will never even see the land I swore to give their ancestors. None of those who have treated me with contempt will ever see it. 24But my servant Caleb has a different attitude than the others have. He has remained loyal to me, so I will bring him into the land he explored. His descendants will possess their full share of that land.”

Heb 3:19 NLT “So we see that because of their unbelief they were not able to enter his rest.”

Rev 2:7 NKJV “He who has an ear, let him hear what the Spirit says to the churches.”

What is God saying to us? That is your test.

Every week God is giving us a living brick to put in our foundation. Are we going back and listening to these messages from God when we miss? Or is our foundation missing important bricks?

Our nation is in trouble because it is ignoring God’s Word. Our founding fathers told us in the beginning of America that a representative democracy would not work without the God and the Bible. So now that we have pushed God and the Bible out of our government and nation, we have now have confusion and every evil work. Look at what God’s Word says and look at what is going on in our society:

Concerning abortion, the Bible says in Ex 20:13 “You shall not murder.”

Concerning homosexuality, the Bible says in Lev 18:22 ““Do not practice homosexuality, having sex with another man as with a woman. It is a detestable sin.”

Concerning adultery, the Bible says in Dt 22:22 ““If a man is discovered committing adultery, both he and the woman must die. In this way, you will purge Israel of such evil.”

Concerning sexual relations before marriage, otherwise known as fornication, the Bible says in Eph 5:3 “But fornication and all uncleanness or covetousness, let it not even be named among you, as is fitting for saints.” God still wants Christians to be virgins when they get married.

Joshua 24:15 NKJV “And if it seems evil to you to serve the Lord, choose for yourselves this day whom you will serve, whether the gods which your fathers served that were on the other side of the River, or the gods of the Amorites, in whose land you dwell. But as for me and my house, we will serve the Lord.” 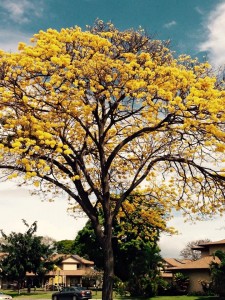 Last Tuesday Christy shared a beautiful picture of a yellow tree she photographed for her bonus activity (a portrait of God’s creation) We are given many opportunities to respond to His voice inviting us.

“The relationship between God and a man is more private and intimate than any possible relation between two fellow creatures,” by: C. S. Lewis.

We’ve learned that God’s voice creates, invites, and today we learned that “God’s voice EXPOSES.”  When His voices exposes something in our hearts,God desires to bring us to wholeness in our relationship with Him and others. Quite often God will speak to us and it will be like a light shining in our hearts exposing everything.  It’s important that we listen to Him.

Have you ever watched mystery movies or played mystery games?  They keep you guessing and searching for clues trying to figure out who done it! Following God is the greatest adventure and it can have an element of mystery too.  1 Timothy 3:16 a “And without controversy great is the mystery of godliness…” God wants us to “ask, seek, and knock!”  He wants to revealHimself to us.  He also searches our hearts.  Psalms 139:23   “Search me, O God, and know my heart:  try me, and know my thoughts:  And see if there be any wicked way in me, and lead me in the way everlasting.”  Let’s keep our eyes on Jesus and our ears open to hear His voice!  He knows us better than we know ourselves and wants a personal relationship with each of us. 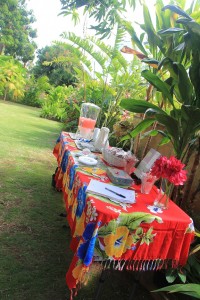 God, the creator of the universe, desires a personal relationship with us!  He wants to fill us with His unconditional love and strengthen our hearts with joy.  He desires to be the center of our lives and not just a part of it.  This is the most exciting adventure you could imagine!

“God’s voice invites!”  We’re invited to pray. There are many postures of prayer: standing, bowing, kneeling, or laying prostrate on the floor.  The Holy Spirit helps us to pray.  We can pray for mercy, blessing, forgiveness, provision, strength, etc.  God hears every prayer.

God loves us and is calling us to a deeper relationship with Him.  If we truly want to hear His voice, we need to seek Him. 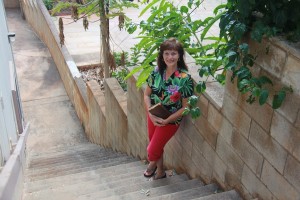 “All Of Life Is  A Journey”

All of life is a journey to get from where you are to where you are going.  “How will you get there if you never start and aren’t willing to make the journey?”

This past Tuesday was a wonderful time of fellowship and learning more about Hearing the creative voice of God in our own lives. It’s more amazing than we can imagine, the profound effect the spoken word of God has in our lives!  God spoke everything into existence.  He created everything by speaking it.  He’s still speaking to us today and creating thoughts, desires, and ideas in each of us.  We are filled with courage and hope when He speaks to us.

Remember that God created you and everything He creates is good.  You are very good!  See yourself the way He sees you!  We all came away refreshed, encouraged, and are looking forward to next Tuesday. We would love to share this time with you.