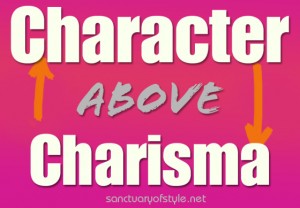 “Be wary of false preachers who smile a lot, dripping with practiced sincerity. Chances are they are out to rip you off some way or other. Don’t be impressed with charisma; look for character. Who preachers are is the main thing, not what they say. A genuine leader will never exploit your emotions or your pocketbook. These diseased trees with their bad apples are going to be chopped down and burned.” Matt 7:15-20 Message Bible

In Matthew chapter seven there is an astonishing statement about bad leaders in the Church, made by the Head of the Church (no, not the Pope, Jesus Christ…nothing against the Pope though :). I say astonishing, because given the religious climate of the time, it was definitely not politically correct. I have read “How To Win Friends & Influence People” by Dale Carnegie, and this is not that.

Jesus was the original counter revolutionary, but today religion often tries to tame him, co-opt him, leverage Him for selfish ambition, but rarely surrender to Him. (Saving this rant for another blog 🙂

I felt I was missing something powerful in the familiar words I was reading, until I decided to check the chapter out in the Message translation. As Chef Emeril Lagasse is known for saying, “BAM!” It hit me hard. “Jarring” is another term for it. I was glad it affected me. As long as I can feel the effect of Jesus words, I am not beyond hope, and neither are you. Let me explain.

Jesus hated the sin of falsely-religious people, and was harder on them than  anyone else. Maybe this is why religious people called Him a “friend of sinners.” Sinners are often less hypocritical about their true spiritual condition than religious people. ZINGER. Okay, I know I am already in hot water with somebody. Sorry. (Not!)

Having been raised on the King James Version of the Bible, my understanding can sometimes be limited by the preconceptions that still drape my mind when I read this older version, as wonderful as it once was. My go-to versions are the NKJV,  NLT, AMP, MESSAGE, and NET, in that order, but I use dozens.

Thankfully you don’t have to be a Greek or Hebrew scholar any more to uncover the expanded meanings of any word or verse in the Bible. Online Bible software makes it easy, and many modern versions of the Bible help in this process as well.

When I read verse 15, I was shocked at how absolutely brutal Jesus was on ministers that have lost their first love – um, er, that is putting it nicely.

Sometimes our nice, polite, word-for-word English translations, don’t really convey the full meaning originally intended. If ministers can backslide as low as Jesus was indicating (diseased trees with bad apples, WOW!) no wonder our churches and members are so far from God. When the blind lead the blind, Jesus said they both fall in a ditch (Matt 15:14) or lose their tails, as in the old nursery rhyme, “Three Blind Mice.”

Dear fellow pastors, ministers, and every Christ-follower: none of us are beyond the deception and danger that Jesus referenced. It has repeatedly occurred throughout history, and is the principle reason so many today discount our God and distrust the “clergy.” (I really hate that term…not sure why.) We must be brutally honest with our own hearts before we can lead people as Christ intends, and I know it starts with numero uno. How about you?

Physical blindness is not often an immediate condition.  There are accidents of course that can cause it, but most lose sight gradually, over time. Cataracts, glaucoma, and macular degeneration, all progress with time when left untreated.

So does spiritual blindness, which leads to faking it.

Spiritual blindness results from knowing what God is asking us to do, and ignoring it, repeatedly. The theological term for this is “penal blindness.” Jesus said “to whom much is given, from him much will be required.” (Lk 12:48) In other words, God holds us accountable for the light we receive, and will judge us accordingly.

In God’s love and mercy, He begins withholding light (understanding and revelation) when we begin moving into disobedience. He does this so He does not have to judge us. The result is somewhat akin to Hans Christian Andersen’s short story, “The Emperor’s New Clothes.” Our religious traditions (faking it) take the place of true spiritual revelation and direction, but we still think everything is okay. We be lookin fine, right? Wrong!

Been there, done that, and even bought the T-shirt. Who hasn’t? But God had mercy on me, and still does, every day, and He will for you too. But we can’t “fake it till we make it.” We have to fall on the rock and be broken, and then He can use us. Multiplication always follows brokenness, as in the story of the five loaves and two fish.

Religious people are the worst offenders because they (sometimes we) can develop a HABIT of ignoring God’s obvious truth and direction, in favor of our own preferences, practices, traditions, titles, etc. Jesus characterized the religious people of His day as, “Blind guides, who strain out a gnat and swallow a camel!” (Matt 23:24 NKJV)

This was really funny when Jesus said it. I mean, seriously, can you imagine an “in your face” conversation where the Lord is saying this to falsely religious people? Talk about Laugh Out Loud. This is hilarious stuff…hit em again Jesus…unless He is saying it to you.

Jesus was using hyperbole, meant to highlight their hypocrisy. Aren’t we sometimes just as guilty? Yup.

“Thus you have made the commandment of God of no effect by your tradition.” Matt 15:6 NKJV

We undo the effect of God’s Word every time we excuse ourselves from being doers of the Word, and become hearers only.

But how did they become so blind?

They became blind a little at a time.

A little leaven leavens the whole lump. Ouch. I know. Truth is a two-edged sword…or maybe today we can call it a surgeons scalpel, the kind used to take out the cancer that will eventually kill us.

If you can still say “cut me Jesus”, your gonna make it.

The only way to prevent penal blindness is to repent quickly when we become aware of our sin. When we don’t, our hearts become desensitized to sin. When we don’t deal with our sins, even religious sins of pride, etc., they will deal with us. Religious sin, and all sin, is like seeds that will one day produce a harvest. You can fake it for a while, but harvest-time is coming.

No thanks. God has better plans for my life, and yours.

“You must warn each other every day, while it is still “today,” so that none of you will be deceived by sin and hardened against God.” Heb 3:13 NLT

Maybe this is one reason that the New Testament epistle to the Hebrews places repentance from dead works at the #1 spot on the top-six-list of the doctrines/core teachings of Christ. (Heb 6:1)

Repentance is a word that most today do not fully understand. It is not just feeling sorry for our sins and disobedience. Real repentance is a decision that always bears fruit. (Matt 3:8) This fruit is having a change of mind that agrees with God, agrees that He is completely right and we are completely wrong, and then takes action to change course and go God’s way.

For instance, if am leaving Memphis TN and trying to go to Little Rock Arkansas (which is West), I may “feel” that going East is more appropriate. I may prefer going East. My habit may be to go East. But going East from Memphis is taking me to Nashville, not Little Rock. The best thing I can do is consult the road map (or GPS – Global Positioning System ) to determine the right course to follow.

The Bible is God’s road map for our life on earth. It is God’s Positioning System.

If you are headed the wrong way, there is only one solution – EXIT & TURN AROUND! You must change your mind  to agree with the map about the direction you are going, and then be willing to course correct.

Maintaining the wrong course never gets you to the right destination.

Many church members, pastors, ministers, churches, Christian organizations, etc. are headed in the wrong direction today. They are building on the foundations of men rather than Christ. But there is a solution to the problem – TAKE THE NEXT EXIT & CHANGE DIRECTION.

God is gracious and full of mercy, but we have to admit-it to quit-it. Only then does the fruit of repentance bring us back into alignment with the perfect will of our Father, and glorify Him.

My prayer is that Jesus will help us never bring dishonor to His name through the sin of religiosity, or any other sin. I pray that He will help us find the place of repentance when we begin to fall away in our hearts, and that instead of faking it, we will deal with our sin before it deals with us.

We need another great awakening, for His honor and glory and Kingdom expansion alone. I believe it is coming, but it will be the fruit of true spiritual vision, and real repentance from dead works.

“Don’t be impressed with charisma; look for character.”

One thought on “CHARISMA OR CHARACTER”