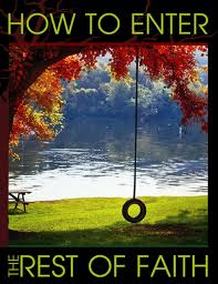 Pope floats idea of one world religion – I enjoyed the Pope’s comments this last week directed at Donald Trump, suggesting that anyone who only wants to build walls and not build bridges is not a Christian. It was entertaining. However, and more sobering, this world leading Pontiff recently called for all faiths to come together. In a video put together by the Jesuit Global Prayer Network, the Pope is shown requesting collaboration with “those who think differently, but meet God in different ways.” In the Bible, the Book of Revelation describes a ‘great harlot’ or a false one-world religion will be prominent during the end times, led by a false prophet.

Three-hundred fifty thousand soldiers, 20,000 tanks, 2,450 warplanes and 460 military helicopters are massing in northern Saudi Arabia for a military exercise that is being called “Northern Thunder. According to the official announcement, forces are being contributed by Saudi Arabia, the United Arab Emirates, Egypt, Jordan, Bahrain, Sudan, Kuwait, Morocco, Pakistan, Tunisia, Oman, Qatar, Malaysia and several other nations. This will be the largest military exercise in the history of the region, and it comes amid rumors that Saudi Arabia and Turkey are preparing for a massive ground invasion of Syria. But if Saudi Arabia, Turkey and their allies go in, they run the risk of a full-blown war with Russia, Iran and Hezbollah.

World economy – A Global Recession Is More Likely Than Anyone Realizes

And the United States is closer than anyone realizes to joining them.

It appears that anyone drinking the Kool aid of this year’s state of the Union message about a growing economy isn’t willing to look at the real numbers on jobs, devaluation of the dollar, and economic recession. With a 19 trillion-dollar national debt, America is living on borrowed time.

Movie release – “Deadpool” opened two weekends ago with a $135 million dollar record crushing “R” rated movie weekend, on Valentines weekend no less. Besides sex, nudity, violence and gore, movie goers got treated to about 84 F-words and its derivatives, 3 obscene hand gestures, 21 sexual references, 34 scatological terms, 19 anatomical terms, 8 mild obscenities, 2 religious profanities, and 9 religious exclamations. Does the success of this movie reflect the loss of morals in our society, or do movies of this nature condition us to tolerate and even accept todays anti-morals, anti-God, secular revolution? In both cases we are presented with a “state of our union” that must surely be what the Bible refers to as “perilous times.” Ps 101:3 “I will refuse to look at anything vile and vulgar.” Check out www.MovieGuide.org to know before you go.

Politics – For the first time in the history of the United States we have an avowed socialist not only running for POTUS, but having won the New Hampshire primary, and having come in a close second to a near-socialist in both Iowa and Nevada. Socialism is now the anti-capitalism doctrine being taught by the so-called elite in our Ivy League colleges, which has bred a generation of truly misguided millennials who are now asserting their influence. Socialism, as you may recall, is the economic doctrine used by Communism, and does not have one successful long-term experiment to show proof of concept in any country of the world, ever. It led to the collapse of the Soviet Union, has held Cuba in poverty for 70 years, and has Venezuela mirroring the failures of Cuba. In every instance that pure socialism is tried, it invariably requires a revolution and dictatorship to remain sustainable. There is no such thing as a free ride. The price of the ride is hidden in the surrender of personal rights and liberties until the state owns you.

Zika virus may not be the culprit in huge increase in microcephaly cases but, rather, Monsanto larvicide used in Brazilian water supply. The report from Argentine doctors noted that the Brazilian Ministry of Health, who has so far maintained that Zika is to blame, failed to recognize that “a chemical larvicide producing malformations in mosquitoes has been applied for 18 months, and that this poison (pyriproxyfen) is applied by the State on drinking water used by the affected population.” This suggests that the malformations that the larvicide causes in mosquitoes is also what is causing the malformations for the human babies that are affected. Since the larvicide is in the water supply, it is highly likely that the pregnant women with the microcephalic babies were exposed to the larvicide.

In spite of all these harrowing reports, there is a place of rest in Christ.

Matthew 11:28-30 NKJV “Come to Me, all you who labor and are heavy laden, and I will give you rest. 29 Take My yoke upon you and learn from Me, for I am gentle and lowly in heart, and you will find rest for your souls. 30 For My yoke is easy and My burden is light.”

Matthew 11:28-30 Message “Are you tired? Worn out? Burned out on religion? Come to me. Get away with me and you’ll recover your life. I’ll show you how to take a real rest. Walk with me and work with me—watch how I do it. Learn the unforced rhythms of grace. I won’t lay anything heavy or ill-fitting on you. Keep company with me and you’ll learn to live freely and lightly.”

1 Peter 5:6-7 NKJV “Therefore humble yourselves under the mighty hand of God, that He may exalt you in due time, 7 casting all your care upon Him, for He cares for you.”

Hebrews 12:1,2a NKJV  “… let us run with endurance the race that is set before us, {2} looking unto Jesus, the author and finisher of our faith…”

1 Corinthians 16:19-20 MEV “What? Do you not know that your body is the temple of the Holy Spirit, who is in you, whom you have received from God, and that you are not your own? You were bought with a price. Therefore glorify God in your body and in your spirit, which are God’s.”

Romans 12:2b NKJV  “…looking unto Jesus, the author and finisher of our faith, who for the joy that was set before Him endured the cross, despising the shame, and has sat down at the right hand of the throne of God.”

Philippians 4:13 MEV “I can do all things because of Christ who strengthens me.”

Hebrews 12:3,4 “For consider Him who endured such hostility from sinners against Himself, lest you become weary and discouraged in your souls. {4} You have not yet resisted to bloodshed, striving against sin.”

The desire to quit is the last obstacle between you and what God has promised you.

Galatians 6:9 NKJV  “And let us not grow weary while doing good, for in due season we shall reap if we do not lose heart.”

Romans 8:28 NKJV  “And we know that all things work together for good to those who love God, to those who are the called according to His purpose.”

Proverbs 3:5-8 NKJV  “Trust in the LORD with all your heart, And lean not on your own understanding; {6} In all your ways acknowledge Him, And He shall direct your paths. {7} Do not be wise in your own eyes; Fear the LORD and depart from evil. {8} It will be health to your flesh, And strength to your bones.”