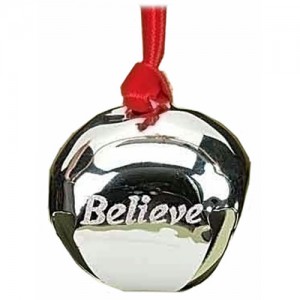 Gal. 4:4-5 NKJV  “But when the fullness of the time had come, God sent forth His Son, born of a woman, born under the law, 5 to redeem those who were under the law, that we might receive the adoption as sons.”

Mat 1:23-25 NKJV  “”Behold, the virgin shall be with child, and bear a Son, and they shall call His name Immanuel,” which is translated, “God with us.” Then Joseph, being aroused from sleep, did as the angel of the Lord commanded him and took to him his wife, 25 and did not know her till she had brought forth her firstborn Son. And he called His name Jesus.”

This year as I think about Christmas, I realize that Christmas is meant to help us reset, and refocus on what is really important. I feel like every year I need to go back and think about what the real meaning of Christmas is, and I invariably reach the same conclusion, that Christmas is about people, about relationships, about family, and about love.

These are the same things that Jesus Christ came to bring to us 2,000 years ago. He came because of His love for people, for relationships, for family, a for love.

Somehow we must open our hearts this Christmas to the seemingly magical experience of His love, and become like little children again.

We all of us, young and old, must come back to our faith in what Christmas means.

Some of us quit believing in Santa when we grew up. After all, we reasoned as adults, how in the world can this jolly big guy visit every home in the world in one night, from a sleigh pulled by eight reindeer plus Rudolph, slide down ever chimney, eat all those cookies, drink all that milk, and deliver all of those gifts to the exactly as requested.

Somewhere I have a letter I sent to Santa that my parents saved. It has my wish list, and I was quick to tell him I had been a nice little boy.

In the outstanding animated movie The Polar Express, by Tom Hanks, the story tells us of a little boy that is losing his faith in Christmas.

A doubting boy boards a magical train on Christmas Eve, which is headed for the North Pole. Adventure after adventure befall him and a little girl who becomes his friend as they are guided along by the conductor.

Conductor: Years ago, on my first Christmas Eve run, I was up on the roof making my rounds when I slipped on the ice myself. I reached out for a hand iron, but it broke off. I slid and fell. And yet, I did not fall off this train.

Girl: Someone saved you?

Conductor: Maybe! (but said with the conviction of a Yes!)

Boy: Wait, wait! What did he look like? Did you see him?

And sometimes the most real things in the world are the things we can’t see.

1. Saving Christmas begins by tracing the real Christmas story back a long, long time ago to its very beginning.

Christmas is is really not about Santa Claus, the North Pole, Rudolf the red nosed Reindeer, or Christmas trees, Christmas parties, Christmas gifts and etc. All of these things were added to celebrate (and sometimes commercialize) that one very holy day.

To save Christmas we must learn the real Christmas story, we have to go back a long way…

back beyond the story of Joseph and Mary and their trip to Bethlehem,

back beyond the beginning of God’s chosen people

back beyond the creation of man and woman in the Garden of Eden,

back to the beginning of time.

Gen 1:26-27 NLT “Then God said, “Let us make people in our image, to be like ourselves. They will be masters over all life–the fish in the sea, the birds in the sky, and all the livestock, wild animals, and small animals.” {27} So God created people in his own image; God patterned them after himself; male and female he created them.”

Rev 13:8 NKJV  “All who dwell on the earth will worship him, whose names have not been written in the Book of Life of the Lamb slain from the foundation of the world.”

2. In the beginning God created the first two human beings, Adam and Eve, and they walked with God until the day they broke God’s commandment. When this happened, sin entered the world, and death by sin. This separated humankind from God.

Rom 5:12 NLT  “When Adam sinned, sin entered the entire human race. Adam’s sin brought death, so death spread to everyone, for everyone sinned.”

3. God already had a plan of redemption in place. Jesus was the plan. Someone had to pay for our sins so we would not have to.

Rom 3:23 NLT  “For all have sinned; all fall short of God’s glorious standard.”

Gal 4:4-5 NLT  “But when the right time came, God sent his Son, born of a woman, subject to the law. {5} God sent him to buy freedom for us who were slaves to the law, so that he could adopt us as his very own children.”

4. Christmas is the story of the Father sending His Son to find their lost family. We often say we found God, but God wasn’t lost. We were lost and God sent Jesus to find us.

Mat 1:23 NKJV  “”Behold, the virgin shall be with child, and bear a Son, and they shall call His name Immanuel,” which is translated, “God with us.””

2 Cor 5:19 NKJV  “God was in Christ reconciling the world to Himself, not imputing their trespasses to them, and has committed to us the word of reconciliation.”

5. The story of Saving Christmas extends beyond the trip God took to earth, and includes the trip He purchased for us to go to Heaven.

Rom. 5:10-11 NLT  “We were restored to friendship with God by the death of His Son while we were still His enemies, and we will be delivered from eternal punishment by His life.  So now we can rejoice in our wonderful new relationship with God – all because of what our Lord Jesus Christ has done for us…”

6. How do we imitate God’s love gift of sending Jesus to earth as our Savior?

While visiting in the Philippines, you will find in Manila a garbage dump. There are tens of thousands of people making their homes there! The residents build shacks out of what other people have thrown away. They send their children out early every morning to scavenge family meals from others’ garbage. People have been born, grown up, had their families, and finished out their lives without ever venturing outside the garbage dump.

Missionaries also live in the dump—North American Christians who’ve chosen to go there to communicate the love of Jesus Christ to people who otherwise would never hear of or receive it. I’m amazed that people would leave what we have in America to go live in a garbage dump. Would you think of doing this?

Daniel was born with a degenerative heart condition. It remained in remission during his childhood. He lived a normal kid’s life filled with friends, baseball, and drama. But in his junior year of high school, he had massive heart failure. By late 1980, he had spent several months at Stanford Medical Center, waiting for a heart transplant. On December 22 the doctors sent Daniel home for Christmas, expecting him to die before they could find a heart for him. But he was immediately rushed back to the hospital because they had a heart donor, and at age 17, Daniel had a successful heart-transplant operation.

On Christmas day, his mom read Luke 2 to Daniel while he was in recovery. Then she tackled the get-well cards from people all over the country. In a card from the Midwest, she read the following:

Even though we do not know you, my husband and I feel so close to you and your family. Our only son, Lloyd, was your heart donor. Knowing that you have his heart has made our loss so much easier to bear.

With all our love, Paul and Barbara Chambers

“I couldn’t fight the tears any longer,” Daniel wrote later. “And suddenly I knew more clearly than ever the real reason why I should be celebrating Christmas. In dying, the Chambers’s only son had given me life. In dying, God’s only Son had given life, eternal life. Now I felt like shouting out loud my thanks that Jesus Christ was born!”

—Jim Burns in Devotions on the Run

7. Christmas doesn’t need saving. It is we who need to be saved, which is exactly why Jesus came to earth on Christmas day as God’s Christmas gift of love.

Saving Christmas isn’t about the holiday, it’s about you trusting Him again, believing Him again, and hearing as it were, the bell ring again. 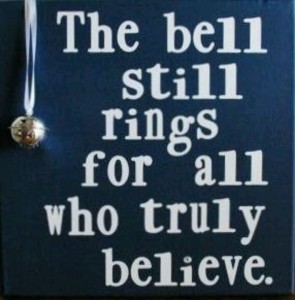 Jn 3:16-17 NKJV “For God so loved the world that He gave His only begotten Son, that whoever believes in Him should not perish but have everlasting life. 17 For God did not send His Son into the world to condemn the world, but that the world through Him might be saved.”