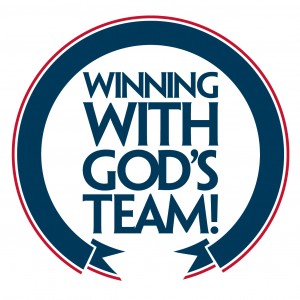 Confession: I am a victorious believer, redeemed by the Lord, washed from my sins in the blood of Jesus my Savior, saved by grace through faith, filled with the powerful Holy Spirit, poised for God’s eternal purposes, and boldly sharing the joy of God’s love, with my world.

I am a faith walking, Word talking, over-comer in this life. I am a Victor, not a victim. I can do, all things through Christ. Today, my mind is open and alert, and my heart is good soil, for the seed of God’s Word.  I will be a diligent disciple, to apply its’ truths, for from this day forward, by the miracle of spiritual growth, I will never, ever, be the same again.

Gen 14:8-20 NLT “Then the rebel kings of Sodom, Gomorrah, Admah, Zeboiim, and Bela (also called Zoar) prepared for battle in the valley of the Dead Sea. 9 They fought against King Kedorlaomer of Elam, King Tidal of Goiim, King Amraphel of Babylonia, and King Arioch of Ellasar—four kings against five.”

10As it happened, the valley of the Dead Sea was filled with tar pits. And as the army of the kings of Sodom and Gomorrah fled, some fell into the tar pits, while the rest escaped into the mountains. 11 The victorious invaders then plundered Sodom and Gomorrah and headed for home, taking with them all the spoils of war and the food supplies. 12 They also captured Lot—Abram’s nephew who lived in Sodom—and carried off everything he owned.

13 But one of Lot’s men escaped and reported everything to Abram the Hebrew, who was living near the oak grove belonging to Mamre the Amorite. Mamre and his relatives, Eshcol and Aner, were Abram’s allies.

14 When Abram heard that his nephew Lot had been captured, he mobilized the 318 trained men who had been born into his household. Then he pursued Kedorlaomer’s army until he caught up with them at Dan. 15 There he divided his men and attacked during the night. Kedorlaomer’s army fled, but Abram chased them as far as Hobah, north of Damascus.

16 Abram recovered all the goods that had been taken, and he brought back his nephew Lot with his possessions and all the women and other captives.

17 After Abram returned from his victory over Kedorlaomer and all his allies, the king of Sodom went out to meet him in the valley of Shaveh (that is, the King’s Valley).

18 And Melchizedek, the king of Salem and a priest of God Most High,[d] brought Abram some bread and wine. 19 Melchizedek blessed Abram with this blessing:

Then Abram gave Melchizedek a tenth of all the goods he had recovered.”

“When Abram heard that his nephew Lot had been captured…”

2 Tim 3:1-5 NLT “You should know this, Timothy, that in the last days there will be very difficult times. 2 For people will love only themselves and their money. They will be boastful and proud, scoffing at God, disobedient to their parents, and ungrateful. They will consider nothing sacred. 3 They will be unloving and unforgiving; they will slander others and have no self-control. They will be cruel and hate what is good. 4 They will betray their friends, be reckless, be puffed up with pride, and love pleasure rather than God. 5 They will act religious, but they will reject the power that could make them godly. Stay away from people like that!”

2 Tim 3:10 NLT “But you, Timothy, certainly know what I teach, and how I live, and what my purpose in life is. You know my faith, my patience, my love, and my endurance.”

“…he mobilized the 318 trained men who had been born into his household.”

Pro 29:18 KJV “Where there is no vision, the people perish: but he that keepeth the law, happy is he.”

“There he divided his men and attacked during the night.”

Eph 6:10-12 NLT “A final word: Be strong in the Lord and in his mighty power. 11 Put on all of God’s armor so that you will be able to stand firm against all strategies of the devil. 12 For we[d] are not fighting against flesh-and-blood enemies, but against evil rulers and authorities of the unseen world, against mighty powers in this dark world, and against evil spirits in the heavenly places.”

“Abram recovered all the goods that had been taken, and he brought back his nephew Lot with his possessions and all the women and other captives.”

Gal 6:9 AMP “And let us not lose heart and grow weary and faint in acting nobly and doing right, for in due time and at the appointed season we shall reap, if we do not loosen and relax our courage and faint.”

“And blessed be God Most High, who has defeated your enemies for you.”

“Then Abram gave Melchizedek a tenth of all the goods he had recovered.”